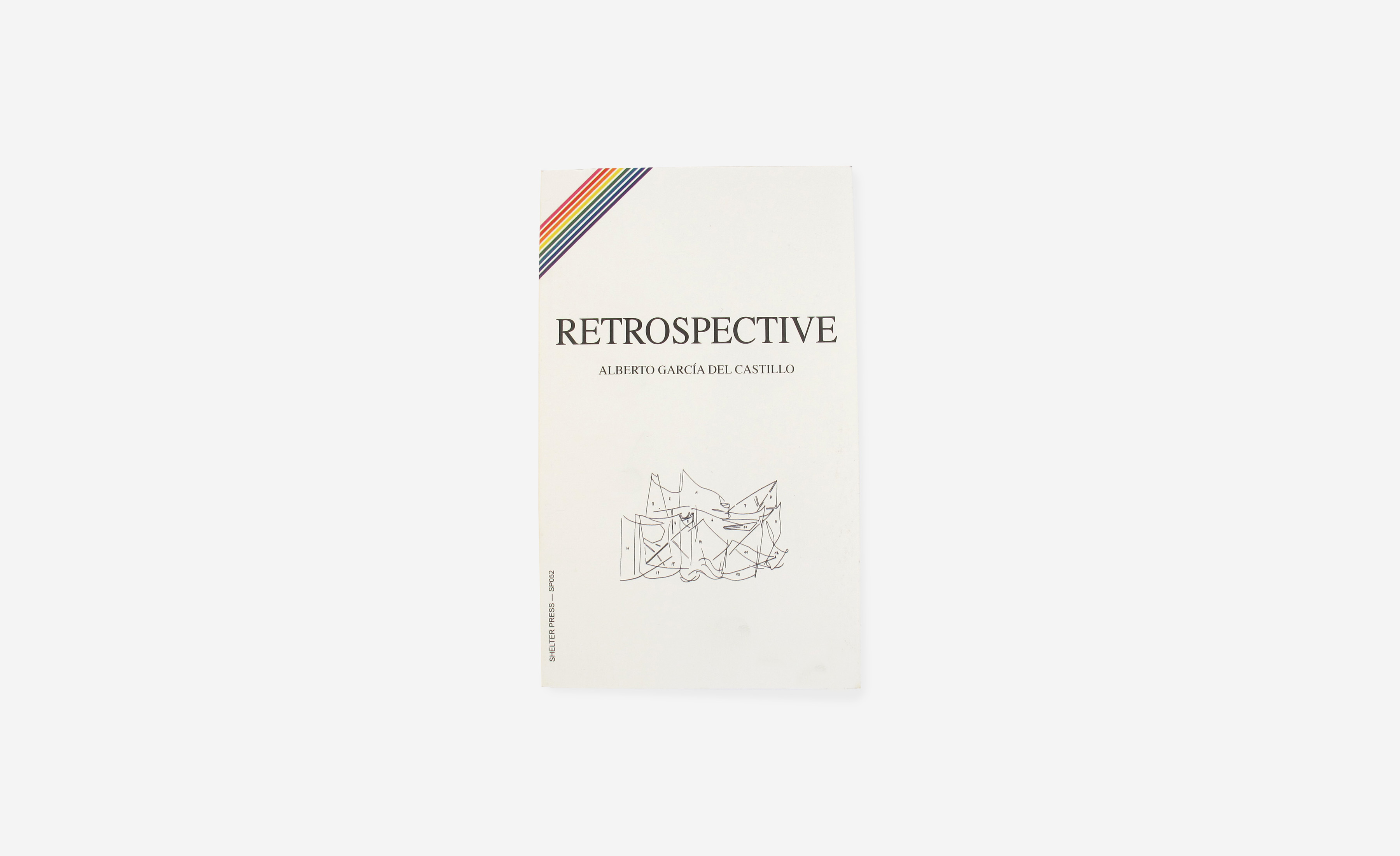 
Sold out at source

Alberto García del Castillo’s first novel, Retrospective, is a comedy-science-fiction novelette about ‘faggotry’ and the art world; depicting a retour-au-passé in contemporary painting and waving to some of the most beautiful homosexuals on Earth. Flaunting otherness, the alert reader can follow a clerk of The Land of Sculptures whilst he encounters the pretty faces of The Painter, The Foreign Painter, The Tyrolese Painter and other people doing art. Retrospective includes “Thumbs-Up”, a superficial analysis of the normalisation of gayness; “Why Homos Are Better”, a masterpiece of investigative journalism in two parts, that originally appeared in Agony 2 (circa 1988–93), a zine edited by B. Boofy and William Bonifay; a drawing by Jurgen Ots; a photograph by César Segarra; and a poem by Lars Laumann.

Alberto García del Castillo writes genre fiction and non-fiction about communities and queer, performs his own and other people’s writings, and collaborates in multiple configurations. He has published his writing in Girls Like Us, co-edited Midpoint (Théophile’s Papers, 2016) and his debut novel Retrospective was published by Shelter Press (2014). Alongside Marnie Slater, is the co-curator of Buenos Tiempos, Int.