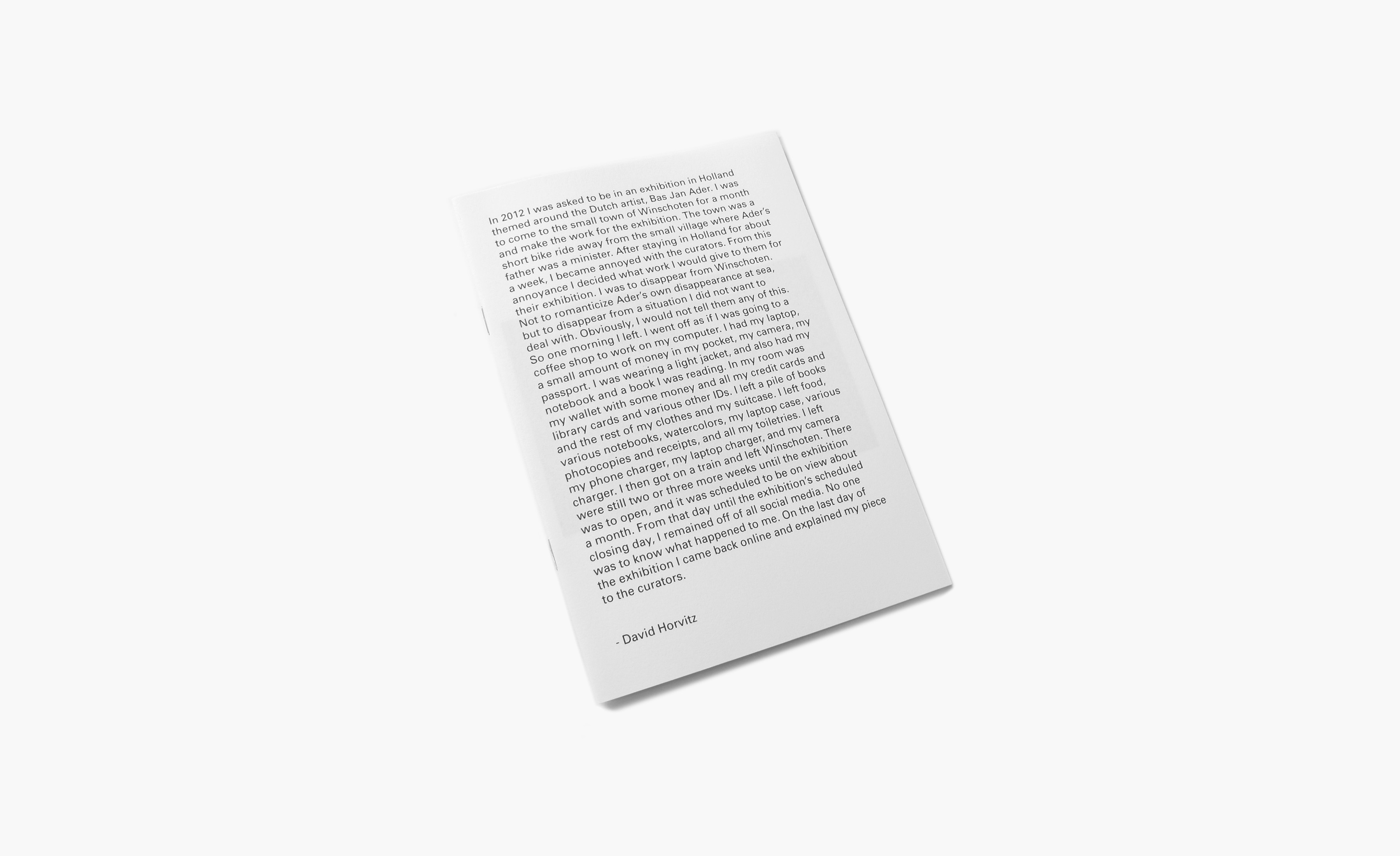 David Horvitz ‘A Disappearance from Winschoten’

All works by David Horvitz
Design by Bartolomé Sanson

In 2012 I was asked to be in an exhibition in Holland themed around the Dutch artist, Bas Jan Ader. I was to come to the small town of Winschoten for a month and make the work for the exhibition. The town was a short bike ride away from the small village where Ader’s father was a minister. After staying in Holland for about a week, I became annoyed with the curators. From this annoyance I decided what work I would give to them for their exhibition. I was to disappear from Winschoten. Not to romanticize Ader’s own disappearance at sea, but to disappear from a situation I did not want to deal with. Obviously, I would not tell them any of this. So one morning I left. I went off as if I was going to a coffee shop to work on my computer. I had my laptop, a small amount of money in my pocket, my camera, my passport. I was wearing a light jacket, and also had my notebook and a book I was reading. In my room was my wallet with some money and all my credit cards and library cards and various other IDs. I left a pile of books and the rest of my clothes and my suitcase. I left food, various notebooks, watercolors, my laptop case, various photocopies and receipts, and all my toiletries. I left my phone charger, my laptop charger, and my camera charger. I then got on a train and left Winschoten. There were still two or three more weeks until the exhibition was to open, and it was scheduled to be on view about a month. From that day until the exhibition’s scheduled closing day, I remained off of all social media. No one was to know what happened to me. On the last day of the exhibition I came back online and explained my piece to the curators.
— David Horvitz