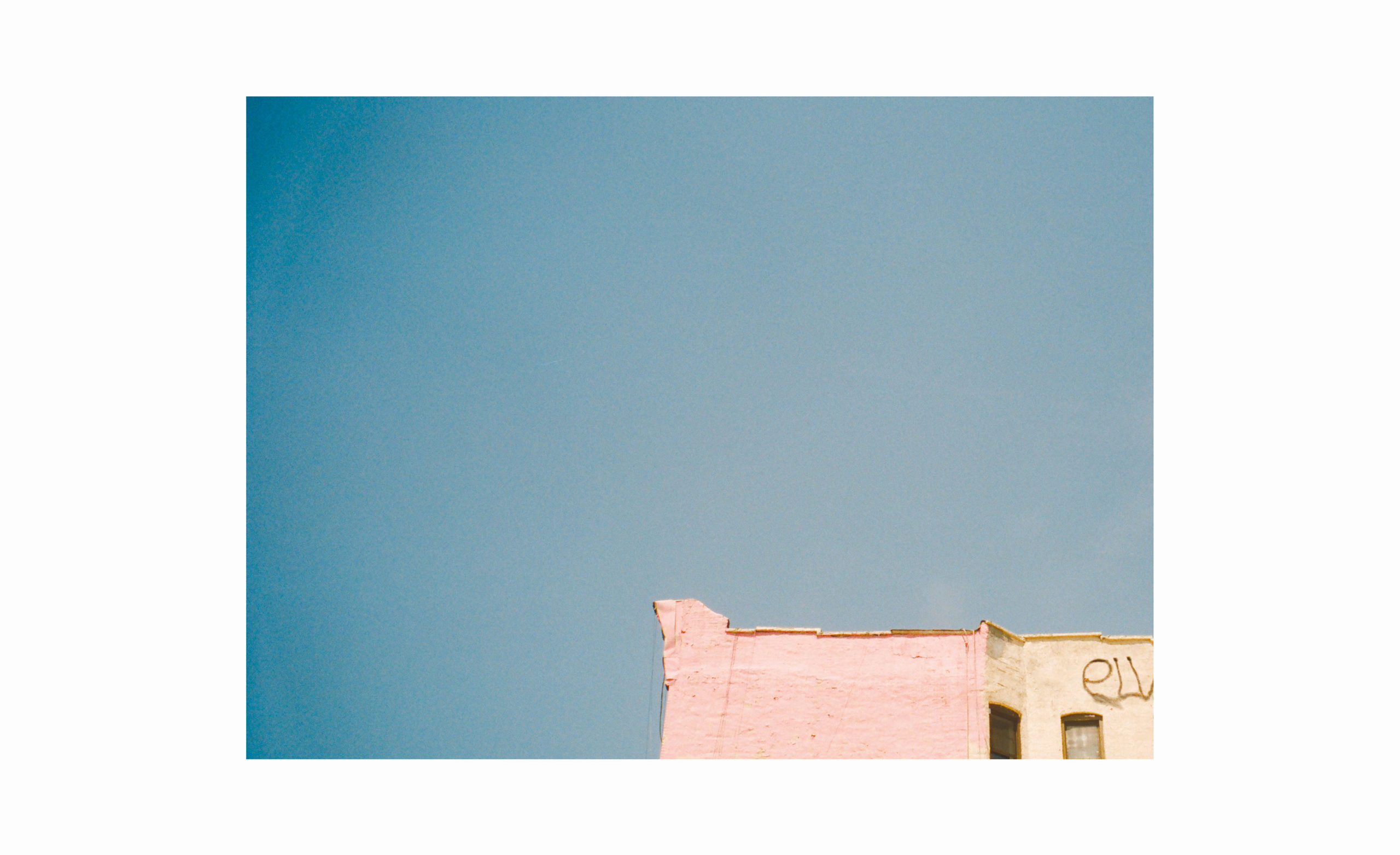 Second pressing
✗ 500 copies on black vinyls (out of stock)

1. Measurement Doesn’t Change The System At All
2. Lotus Awnings
3. We Live In Pathetic Temporal Urgency
4. Flying Floor For U.S. Airways
5. Simple Act Of Inverting The Episode
6. Which Swarms Around It
7. Fifty Four To Madrid
8. French Lick
9. Was The Singing Bellowing
10. The Driver Stops
11. Fashion Of Echo
12. Bell Underpinnings

New York-based artist Eli Keszler is at the apex of his career. This year alone he’s had a three-month-long solo exhibition (“Blue Skies” at Fuse Arts, Bradford, UK), performed internationally in a duo with Laurel Halo, collaborated with noted Hungarian author László Krasznahorkai, taught experimental composition and performance at Camp in the Pyrenees mountains, composed music for Turner Prize–winning visual artist Laure Prouvost, and most recently embarked on a world tour with Oneohtrix Point Never.

“Stadium” is his new album for Shelter Press. As his ninth solo record,“Stadium” reflects his move from South Brooklyn to Manhattan, where he produced the album. The constant blurry motion and ever-changing landscapes of the fast-paced island helped him modify and shape his sound into a new kind of film noir. “After we moved into our East Village apartment,” Keszler explains, “we found a guitar pick on the floor that read ‘Stadium’. We looked at each other at the same time and had the same thought. It could have gone any number of ways.” Indeed, there is a startling amount of expression at play on each track, where intersections of melody, restraint and rhythm are used to challenge the idea of memory, impression and space.

Keszler is often mistaken for an electronic musician, but in fact his sounds are raw and natural, produced by hand live in-situ. His performance with the drumset and acoustic percussion are central to his work. He produces almost impossible textures through self-realized methodologies: cascading melodies, a shadow of voices, and a unique pointillistic materiality. Although playing with the intensity of digitally-created music, his communications are done live with no processing. These haptics are what give “Stadium” its depth and its warmth. In a recent interview for Dazed, collaborator Oneohtrix Point Never comments, “I’ve always described his playing as bacterial. He’s able to parallax into very small, very acute, very specific relationships between percussive textures. It’s beyond just being a drummer—he’s a world-building percussionist.”

In “Stadium,” Keszler uses lived experience to realize the most wide-ranging sound he’s created to date. “Stadium” draws out textures from overlapping geographies (from Shinjuku arcades to city streets and Brutalist architecture) and transforms these travelogue field recordings into starting points for composition. He then builds on these environments to create subliminal spaces for his percussion, keyboards and acoustic instruments. His “world-building” techniques are pushed to new levels with mesmerizing string and brass arrangements. Throughout the album, Keszler’s writing, keyboard playing and scoring operate like a sonic channel that transports the listener into a quaking web.

Perhaps this is the “stadium” referred to in the title: a larger network of sound and bodies moving continually, oscillating and turning in on itself. Keszler has explored these ideas before both in his visual work and sound installations—especially notable on projects such as his massive Manhattan Bridge installation ‘Archway’ or his Boston City Hall work «Northern Stair Projection.» “Stadium” takes these long-running ideas to new depths. “My installations work with massive city spaces for a complex of individuals,” Keszler states. “The recordings on Stadium are inverted. They are landscapes scaled for the singular. Like a mass collecting in one arena, this music compresses city spaces, genre and instrumentalism into an amorphous form. On the record, there are ruptures of information and happenstance. Like a game, it could go any number of ways.”