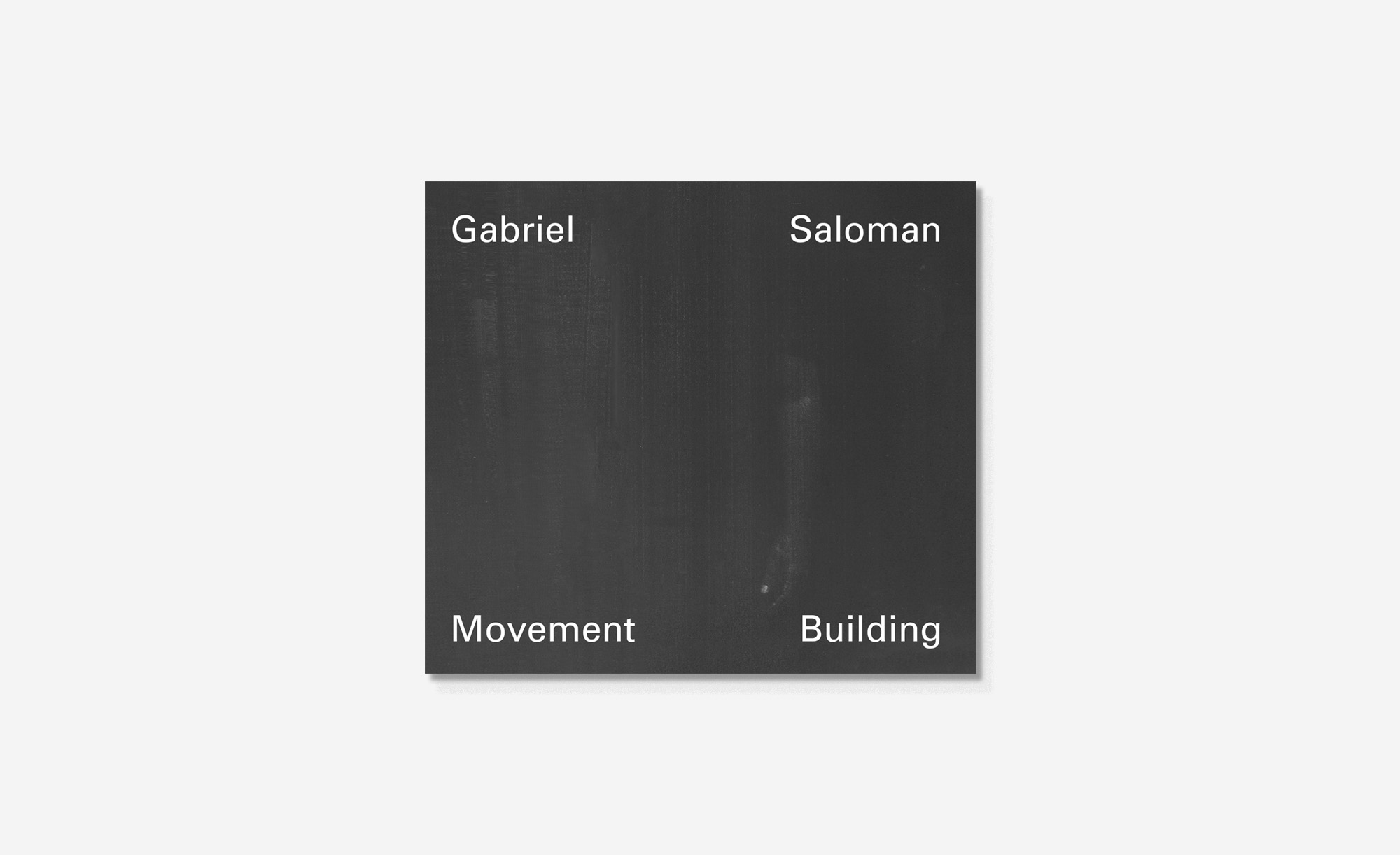 Since 2014 Shelter Press has been steadily releasing a multi-volume series of documents showcasing Gabriel Saloman’s music for contemporary dance. Under the title of Movement Building, these albums have covered a wide breadth of themes and approaches, all of them coalescing around Saloman’s darkly cinematic approach to contemporary guitar music. Known for his part in the seminal electronic-noise duo Yellow Swans (alongside Pete Swanson), Saloman has taken the sweeping drones and fried electricity of his former band and embedded them within an expanding pallette of bowed strings, martial percussion and resonant piano.

Shelter Press has now made good on its promise to collect all three volumes of this vinyl only series – Movement Building Vol. I (2014); Vol. II (2015); and Vol. III (2017) – as a double CD featuring two hours of music, new artwork, previously unreleased tracks, a new digital master by Helmut Erler of Berlin’s Dubplates & Mastering, and an extensive essay on dance, politics and the themes of each album written by Saloman. These collected volumes provide an absolutely necessary document for any fan of Saloman’s work, past or present.

The first disc collects Movement Building Vol. I and Vol. II, the former a sprawling 36 minutes epic that had previously been separated into two discreet tracks for vinyl and is collected here as one continuous piece, moving through an extended set of drone and loping drum play before climaxing in the kind of glorious guitar chording most often associated with groups such as My Bloody Valentine, GSYBE or Mono. Movement Building Vol. II explores various combinations of drum and drone, ASMR inducing high end clatter and Saloman’s infamous take on Miles Davis’ classic My Funny Valentine.

The second disc collects Movement Building Vol. III, including two tracks not available on the concurrently released vinyl version. Vol. III shares with earlier albums the emotive and disorienting bowed guitar, militant percussion and searing guitar eruptions that was so evocative of memory and trauma. Joining this pallet are other familiar Saloman sounds: shoegaze washes of distorted guitar, minimalist piano attacks, melancholy guitar melodies, and a patina of harsh noise at just the right moments. Added to this is a more contemporary approach to drums and bass, perhaps an effect of his collaborations with producer Michael Red in their dub-ambient project Chambers.

Saloman’s music has never sat comfortably in any genre, sharing with a select cohort of other artists (Stephen O’Malley, Lawrence English, Grouper, Kreng, Tim Hecker, among others) an ambiguous position overlapping “modern classical”, “electronic music”, and the more outer limits of “ambient metal”. The recordings collected in Movement Building doesn’t clarify as much as it expands Saloman’s oeuvre further into an idiosyncratic musical no-man’s land that fails to be faithful to any popular musical trend – contemporary, retro or futurist.

Out on September 22th as 2xCD compiling all 3 volumes of the Movement Building serie.