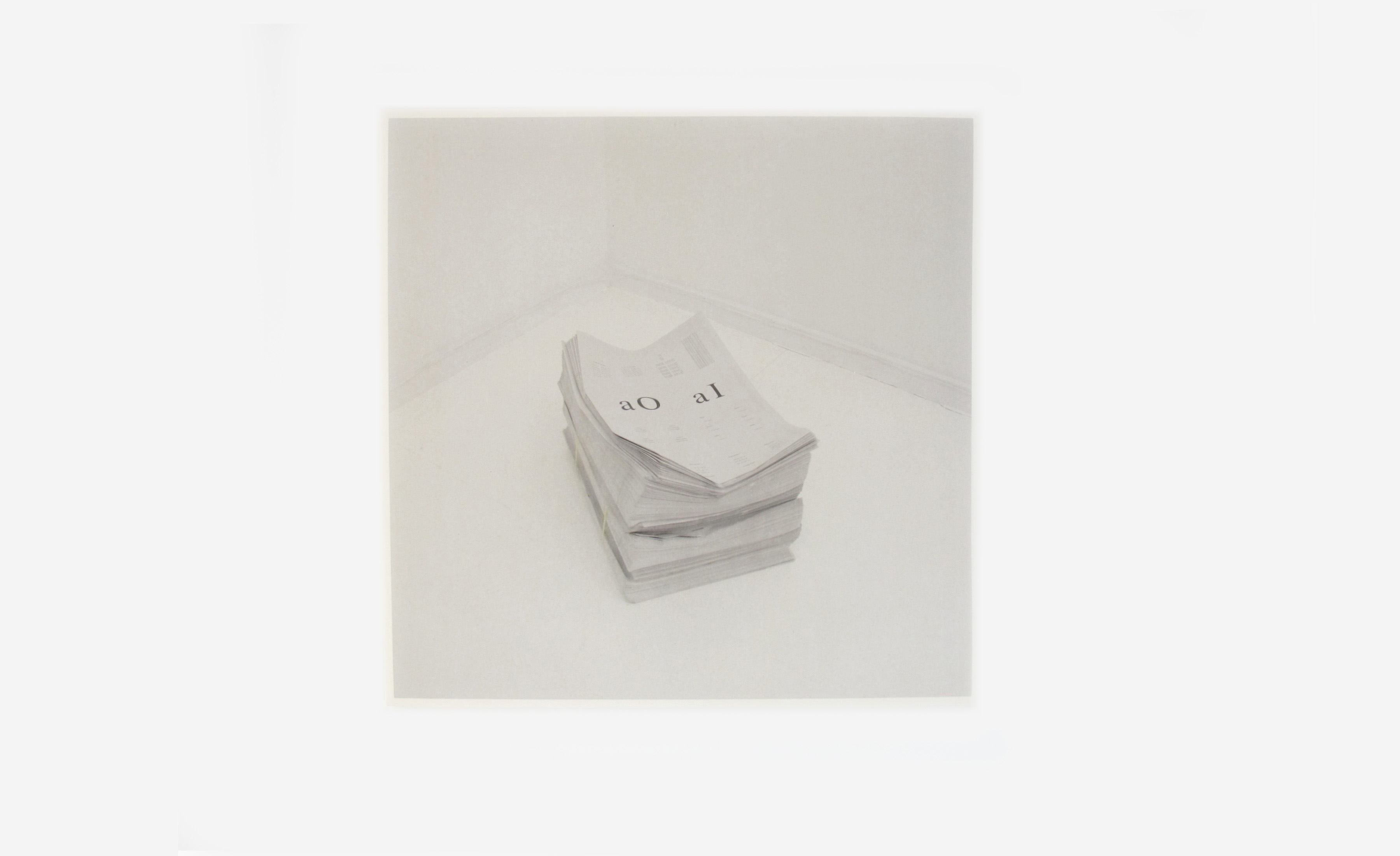 All music by Ben Vida
With contributions of Tyondai Braxton and Sara Magenheimer.

Mastered by Helmut Erler at D+M
Design by Bartolomé Sanson

Composed to act as a score, a sound piece and as raw data for electronic control source, Tztztztzt Î Í Í… became the intrinsic element that tied some different pieces of art made by Ben Vida and presented at the eponymous show at AVA Gallery (NY, USA) in april 2013.

» I was interested in the rhythm of speaking, interested in using the voice to create rhythmic patterns that would inevitably break out of time and become asymmetrical and awkward. I wanted to create one set of control sources (the text) and run them through a bunch of different systems (the video, the book, the record etc) and see how the original source material morphed and changed as it manifested in these different modalities. The process of developing each unique work involved setting of control paths for the text to be processed though. In terms of this path the first step after writing the text was to find the primary filter of interpretation and translation that would start this process of slipping control – and this is where Tyondai and Sara come in… »

Mastered and cut by Helmut Erler at D+M,
Pressed at Pallas in an edition of 500 copies worldwide.

Ben Vida is a Brooklyn based composer, improviser and artist. He produces compositions that utilize analog and digital synthesizing technologies and focus on aural phenomena and auditory illusions. He has released records with PAN, ALKU, Thrill Jockey, Drag City, Amish, Bottrop-Boy, Hapna and Kranky. As both a solo artist and in collaboration he has presented his work in the United States, Canada, the United Kingdom, Europe, Australia, South Korea and Japan.