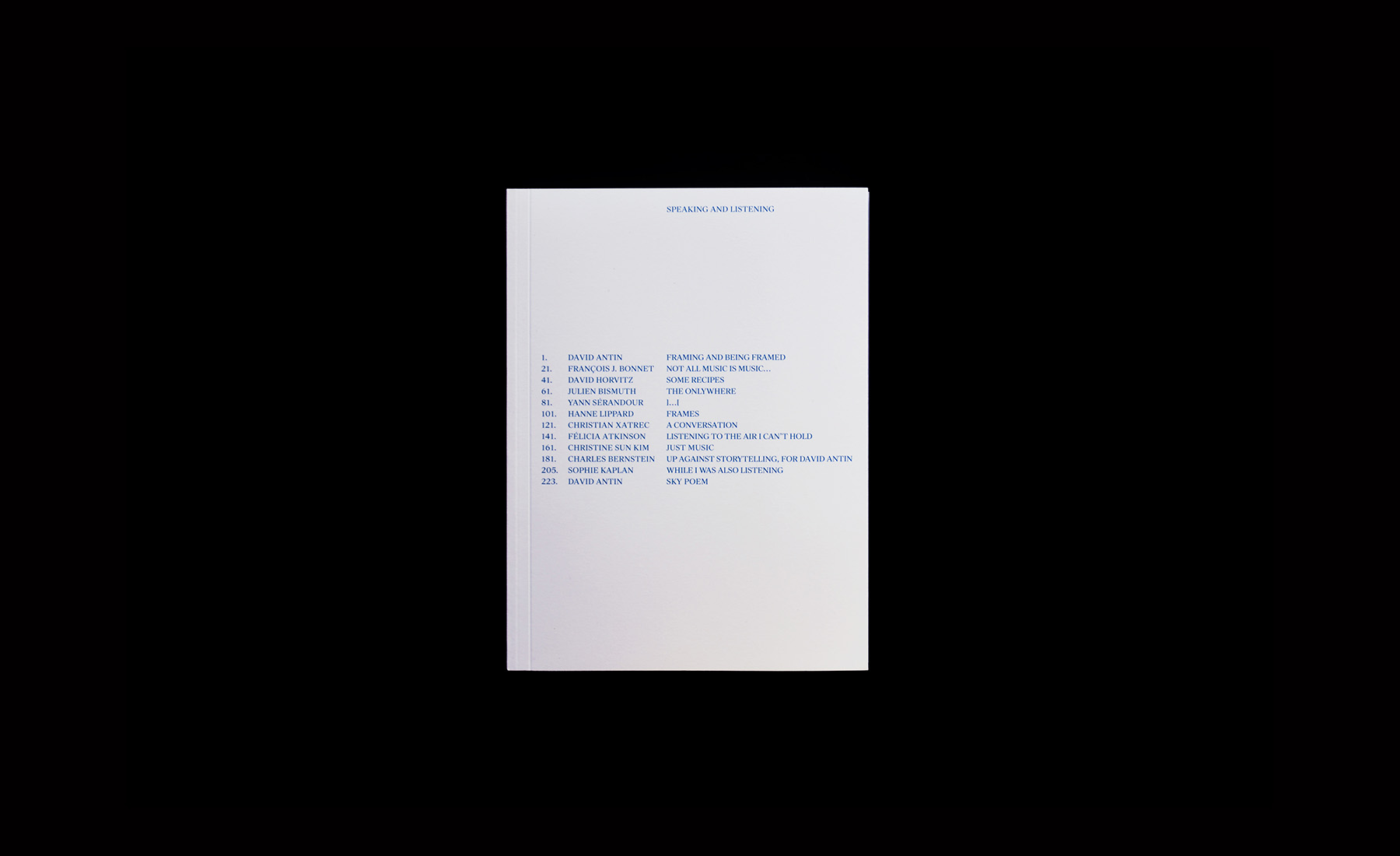 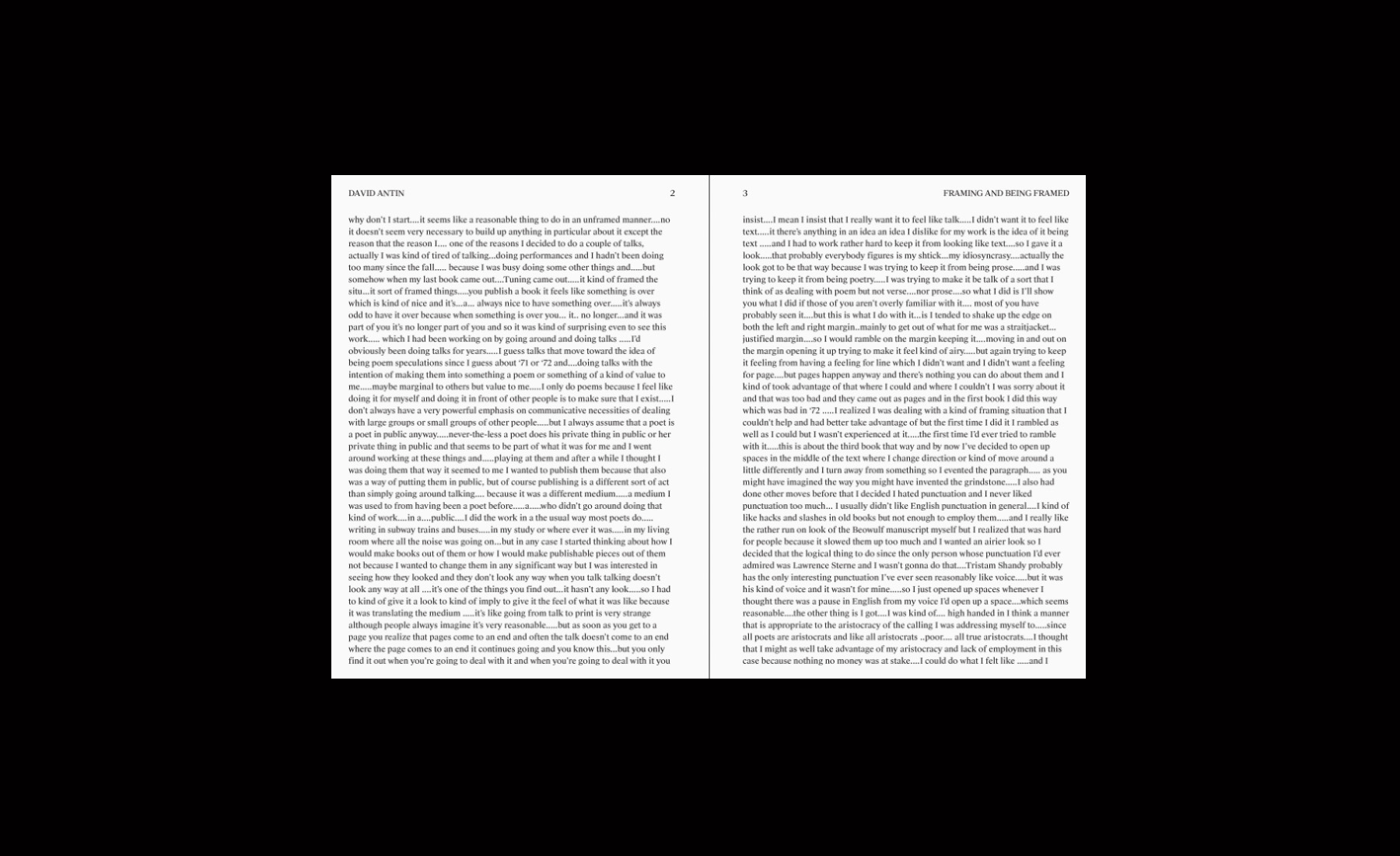 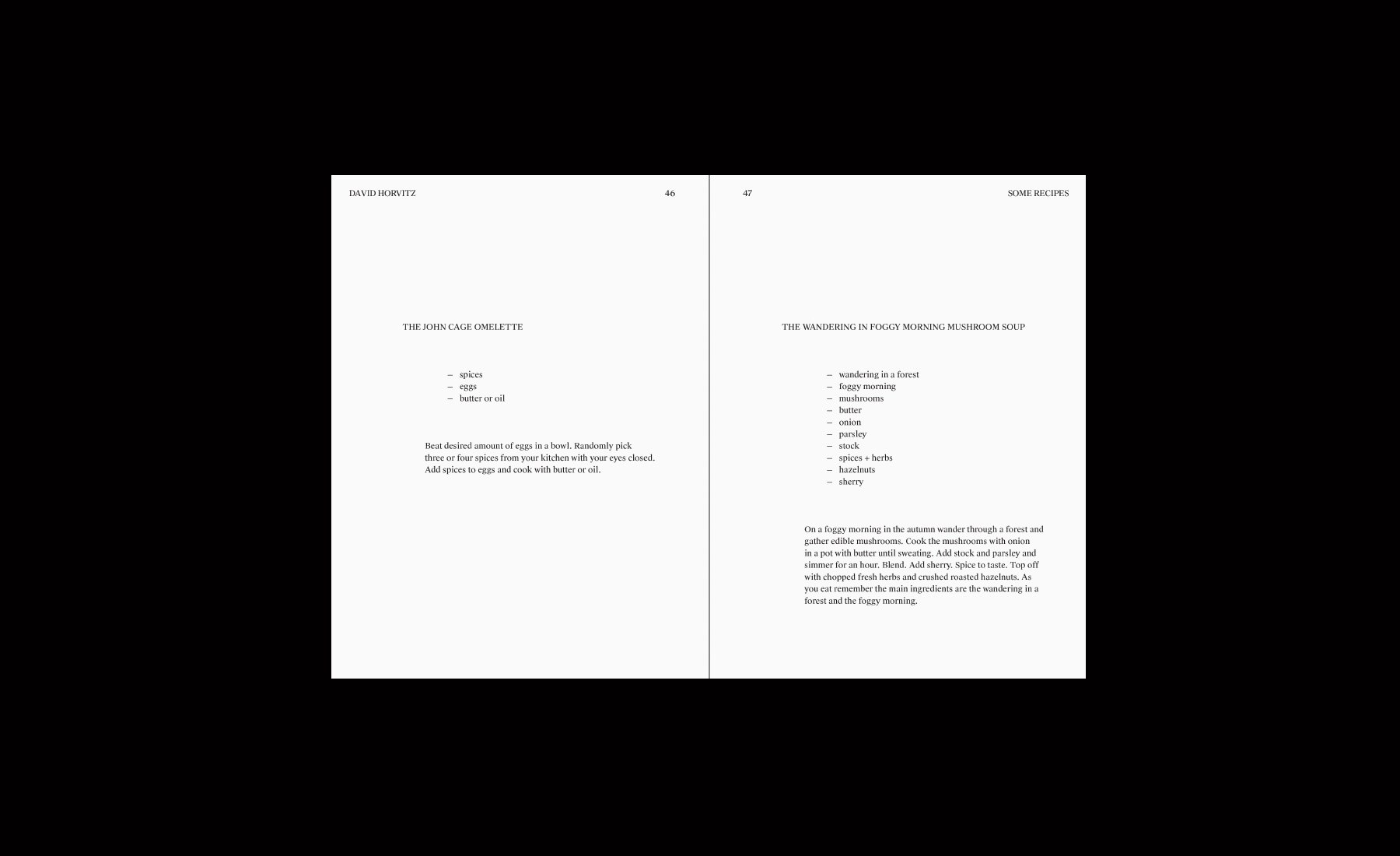 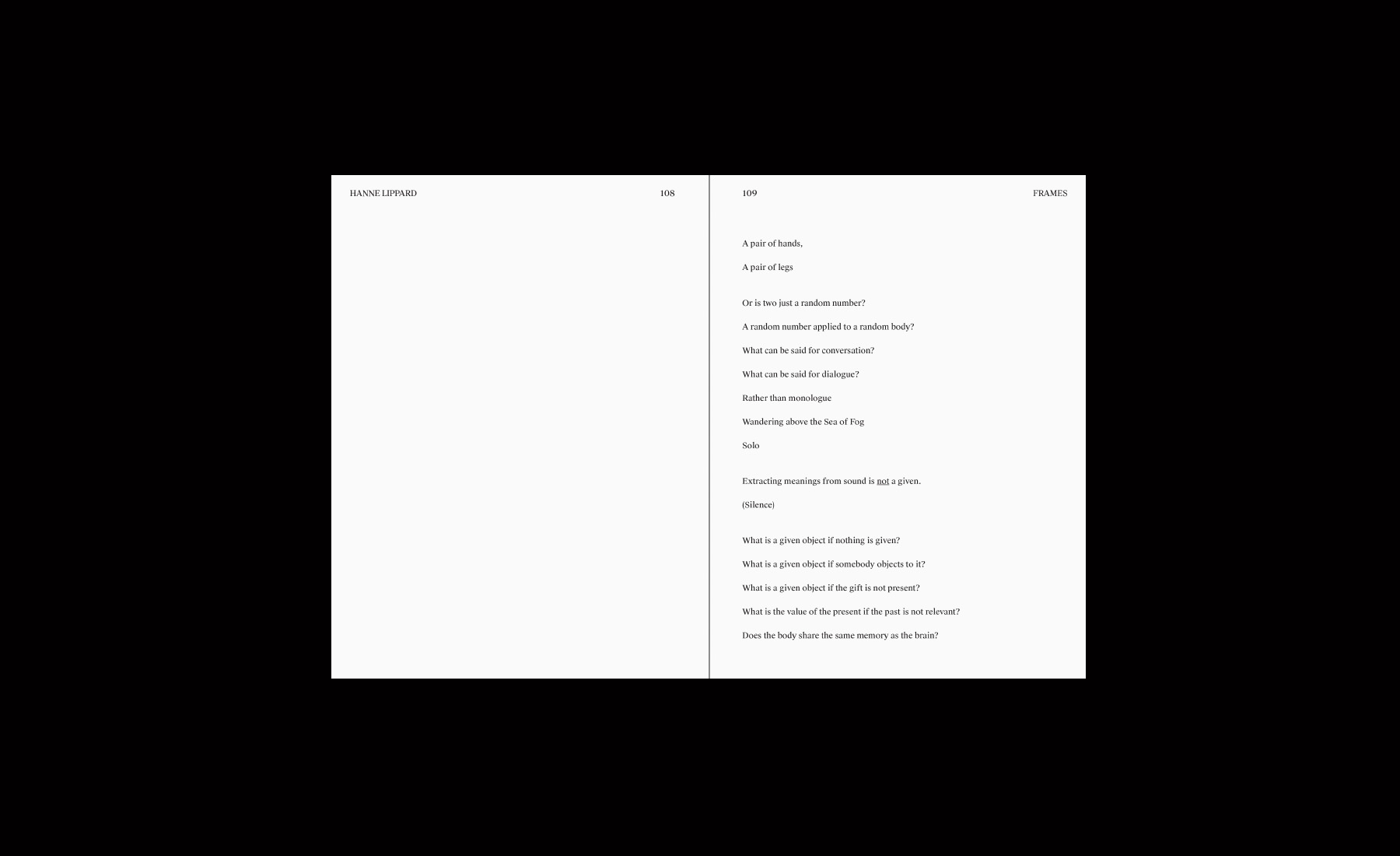 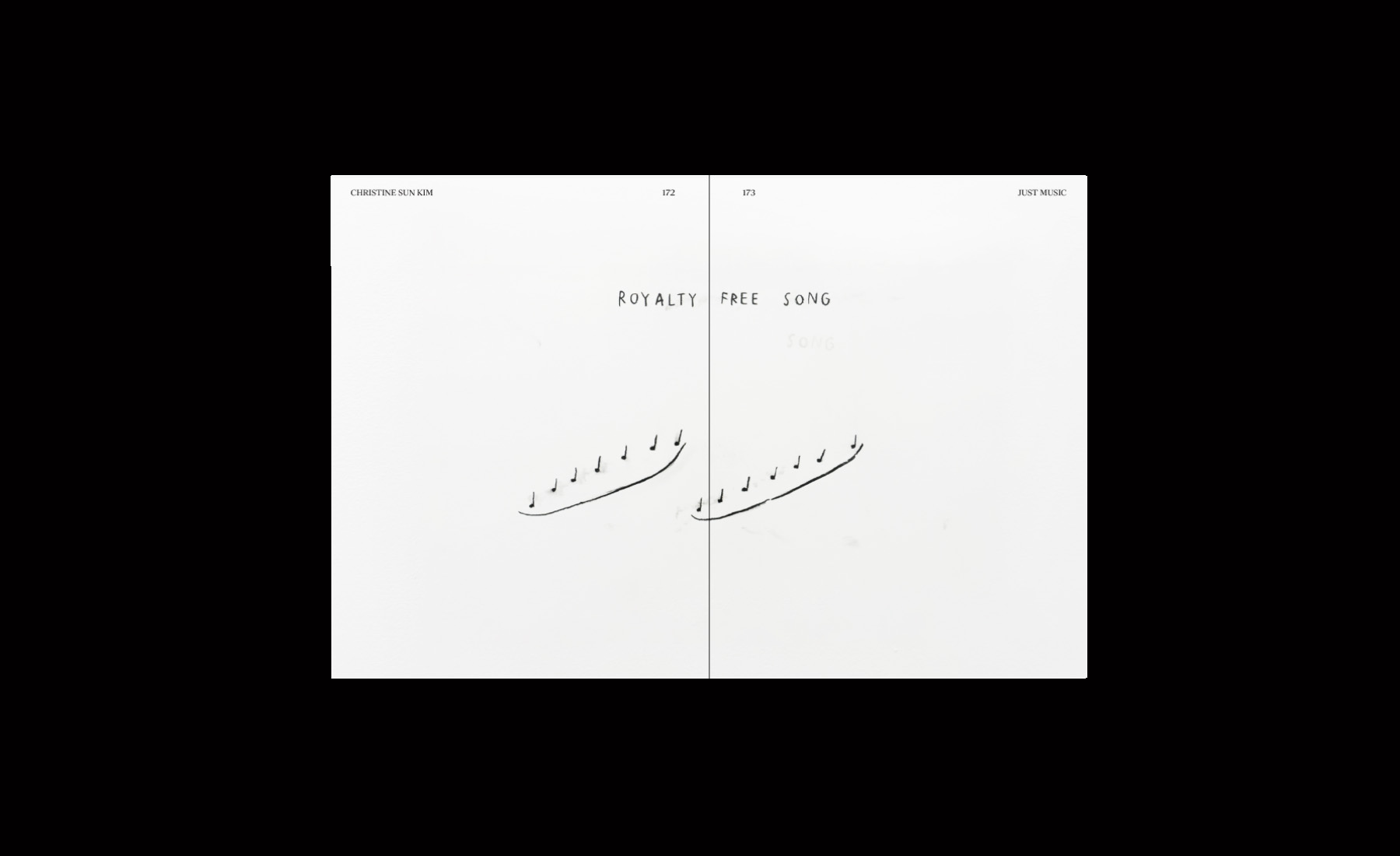 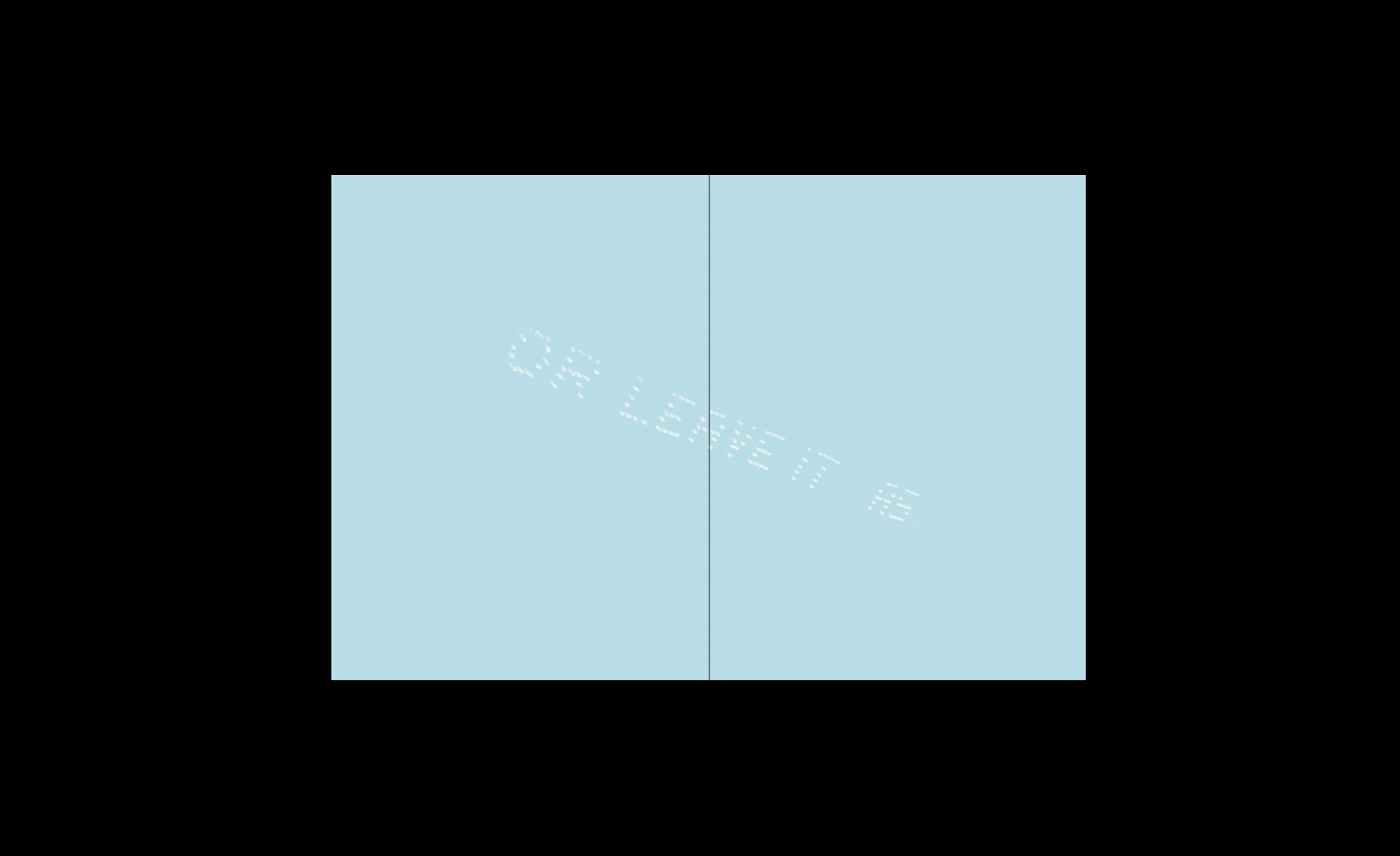 ABOUT   Speaking and Listening is a book conceived by the artists Yann Sérandour, Félicia Atkinson, Julien Bismuth, and the curator Sophie Kaplan, revolving around questions of narrative, listening and improvisation.

It is the last episode in the cycle While I was also listening […], developed by La Criée contemporary art center in 2017 and 2018, which included in-house and extra muros events in the form of exhibitions, events, and residencies.

At the art center, five group and solo exhibitions with their associated events succeeded and dialogued with one another, providing both specific and general perspectives onto different forms of narration.
The cycle was accompanied by an extra muros program that unfolded at different times and in different locations: concomitant residencies in Bretagne and the US, a project of research/action at the Kandinsky Library of the Musée national d’art Moderne in Paris, a period of research at the Getty Research Institute in Los Angeles, and a series of events in Los Angeles and New York (Human Resources, County Museum of Art, Hammer Museum Los Angeles, Museum of Contemporary Art, San Diego, Artist’s Institute and Emily Harvey Foundation, New York).

In the continuum of these experiences, the book has been designed to be a distinct voice, generating new contents appropriate to the medium.
The book is centered around a long unpublished transcript of a talk poem by the American poet and performance artist David Antin, entitled framing and being framed. Adding to the corpus of Antin’s works, this typically autobiographical text reveals Antin’s eloquent use of quotidian events to philosophical ends. The contributions that respond to Antin’s text are themselves innovative, composed by poets, thinkers and artists from different generations and nationalities, linked by their common interest in investigating questions of orality, listening, narrative, transmission, improvisation, translation, utterance and enunciation.

Speaking and Listening thus defines the contours of a transatlantic and intergenerational scene, for whom the work of art — in dialogue with its viewers, readers, and listeners — is an object to be redefined, retold and replayed again and again.