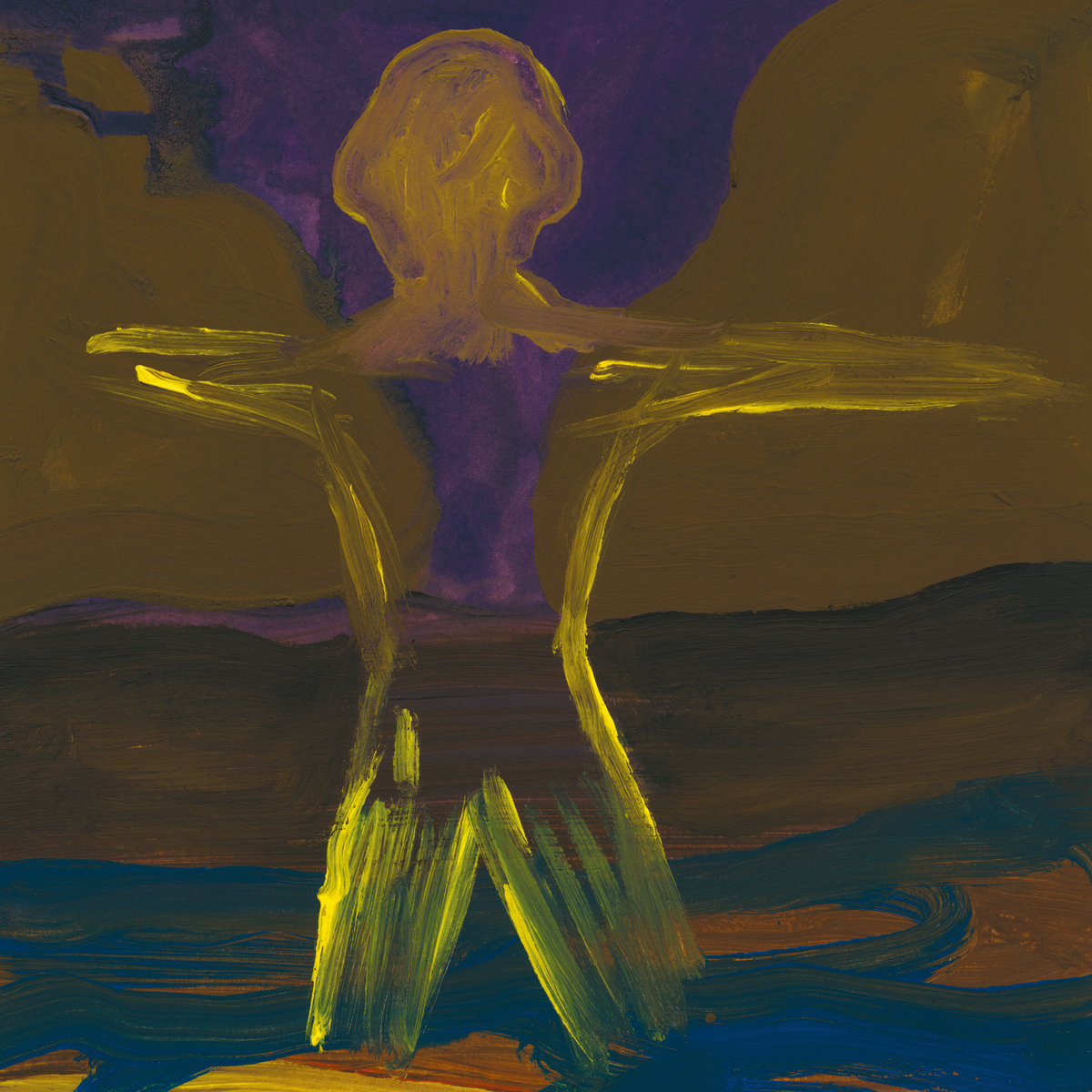 All music by BZMC
Mastered and cut by Helmut Herler at D+M, Berlin
Artwork by José Maria Gonzalez
Design by Bartolomé Sanson

Occasionally a rusted, lurching metronome emerges, infusing a drugged sense of forward motion, but the essence of Voyage Sacrifice is textural and tantric – “almost like some kind of prayer.” Chants are chanted; the zone is black. The specter of dub still looms in the disorienting fog of FX and negative space but ultimately these sides exist outside (and deep beneath) any recognizable sonic lineage. This is cultic, questing music, deprivation chamber hallucinations “beyond good and evil, beyond sense and non-sense.”

This Rorschach enigma dimension is foundational, as Primault admits: “It’s a mental journey. I handled the sacrifice; the voyage is yours.”

Voyage Sacrifice features original artwork by José Maria Gonzalez and is mastered by Helmut Erler at D+M. Pressed on 140gr vinyl with printed artwork on inner and outer reverse-board jacket. Out April 2019 on Shelter Press.

Looking over the cover art of the BZMC discography there’s several direct homages to jazz musicians – Ornette Coleman, Sun Ra – but even if someone missed the references your music goes far beyond mere visual tribute. The way you record live, the improvised dimension incorporating modular synth, etc.

I discovered free jazz as a teenager. It was perfect rebellion music. Friends from high school were listening to punk or metal and thought they were badass but I was like “Try to handle this!” and it overwhelmed them.

What I like about free jazz is how the music is connected to the lives of the musicians. The music is existential, political, and spiritual. It’s radical, powerful, and without compromise. Maybe that’s why I feel close to them, despite the fact that our life experiences are completely different geographically, historically, and sociologically – I’m obviously not a black man in the U.S.A. in the 1960’s. Nevertheless, I feel we have similar beliefs as far as the role of art in individual and collective lives.

I don’t always record live but it’s something I’ve done a lot, emphasizing the intuitive aspect of creation. For this record I’ve been very inspired by Zen Buddhism and its critique of intellectual processes.

The new record melts many genres that don’t usually sit alongside one another. It starts in dark ambient post-industrial territory but then evolves through more cosmic new age zones on the second half – think Occora meets Peter Christopherson meets Jorge Reyes meets space music in a stadium. Building these musical bridges makes sense but, more importantly, it says a lot about your embrace of very contrasting musical styles from decades past. As a musician what’s your relationship with modernity, and with the notion of being in the present?

I’m connected to the present and zeitgeist in music but it’s not the only vehicle. There are other deeper things, long lasting interests, ideas, and intuitions I’ve been working with my whole life. I definitely want to do things my way.

Still, I don’t believe in musical hermitage. Contemporary music trends happen for different reasons. When I started incorporating dub and dancehall into my music I of course wasn’t the first; it came from the people I was hanging out with and listening to music with – the guys from Gravats mainly. But it stoked something in me, it made sense, and I wanted to explore further. And now, a couple of years later, lots of people are doing it.  I’m usually referred to as a musician but I’m not really – I’ve never mastered any particular instrument. I more consider myself a composer, creating pieces of music in my studio that I sometimes perform live. This new record is definitely a composition in four movements, written not on paper but with sampler, sequencer, and electronics. My live shows, even the most energetic club-oriented ones, can be thought of as long-form compositions, even though they contain a significant amount of improvisation, adapting to the situation.
Inside a composition are many layers, one of which I think of as the personality, and that’s where the unusual mix of genres happens. I like to discover strange combinations in other people’s work, too. Maybe it’s related to fashion, in a way: combining articles of clothing that weren’t meant to go together but then you see them worn in a certain way and it makes total sense. If you pair football shorts with a banker shirt you’re fusing two very common garments but putting them together is a creative gesture, questioning the usual way of things. You’re clearly not a football player and you’re not a banker either – you’re something else.

I see this new record as your most personal one, because it echoes certain aspects of the music you made in your early years but embedded within the contemporary BZMC aesthetic.

I realized while making it that this was going to be a highly intimate record. It was created with only the closest people in my life involved, which allowed me to express my deepest self. The process of the recording itself was also very special: a few very intense sessions, in altered states of consciousness. It followed its own rhythm, almost like some kind of prayer. 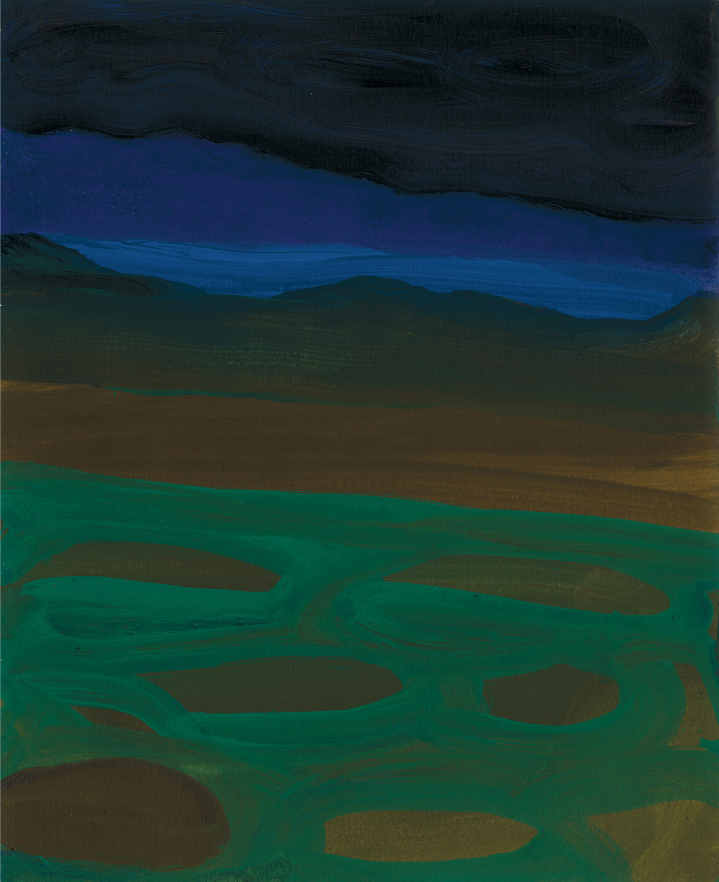 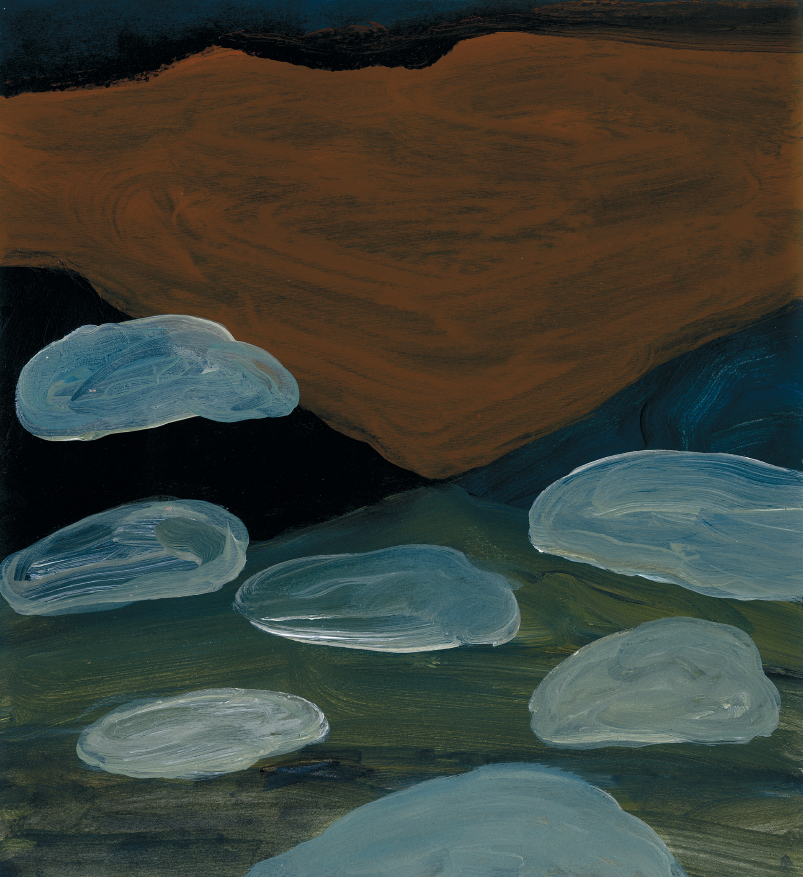 As far as human ways to share your music, you have a strong connection with the DIY, artist-run, local, community aspects of the music world.

Definitely so – which is funny because 95% of my work has been as a solo artist. But I do believe in community.
The people I work with become important parts in my life, so there has to be a strong connection between us or else it just feels like a job. People who operate out of passion, with no bullshit, are my friends. Usually it’s ones who do it because they believe in something are the ones that do it right. I will never cut ties with the underground, no matter what. Supporting one another is the most important thing.

There’s always something stretched down and out in your tracks, either deep and slow or repetitive and frenetic. There’s this sense of trance, or as Pauline Oliveros called it: “deep listening.” Reaching for some other level of consciousness with the music.

Music is how I communicate with the universe; it’s my DNA. And music allows you to bring people along on the journey.
These days I mostly play heavy rhythmic shows, moving and dancing, throwing out as much energy as I can so people can use it and send it back, which creates an energy feedback loop that makes live music so special. I’ve gained confidence and knowledge over years of doing it so I’ve learned how to make it happen more often. I usually play within the crowd now, which makes things more intense, and easier to achieve a state of trance. That’s probably my number one purpose in music these days, experiencing those kind of live performances, when you really share something with an audience.

Speaking of time and music, this record feels like a constant ascent, in the sense that every moment makes sense because of what came before it as well what comes after. Time seems like a key element in understanding your music.

In some of the more energetic projects I’ve been doing lately – as Black Zone One for instance – there’s a kind of fragmentation of time, a hyper-division. But on this record and some other new pieces I’m trying to delete time, or escape time. Slow, highly hypnotic rhythms that can last for 5 or 20 minutes. Even with fast rhythms you can do this, which is true in traditional ritual music from many different cultures. It’s both things at once: the micro and macro, yin and yang.

When you’re telling a story, events happen that are connected in some way. And because this record is about a voyage, there’s a departure and arrival in between which the journey takes place. But even within the departure the entire journey already exists, in the same way that the whole tree is contained in one little seed.

There’s also something in this record about a distorted world. Everything is slowed down or accelerated, intercut with lots of hidden elements: voices, animals, etc. It’s as if there’s a filter between reality and our perception of the world.

I’m interested in creating uncanny atmospheres – Freud’s Unheimliche – and to do this I mix electronic sounds, acoustic sounds, and field recordings to the point where it’s unclear where one begins and another ends. Some of it’s basically subliminal; I don’t think people will realize the opening piece has pitched-down, backwards-playing crocodile growls for instance.

But it’s supposed to be like an invocation: you may not taste the drop of frog saliva in the sorcerer’s pot but without it the formula wouldn’t be complete and the spark of magic wouldn’t happen.

The music also deals with the occult. The listener feels like they’re hearing a secret truth that shouldn’t be told. It’s the opposite of a mise à nu, where the more you hide the more you’re able to discover.

It’s hard for me to speak about what it is to experience the record as a listener. But it definitely transmits a type of intuitional knowledge, using music as a language. Of course, it’s a bit blurry because sounds are so different from words. They’re less for the intellect and more for the senses.

The record has a very dark side, as well as a luminous one. What’s your relationship with antagonism?

The manifestations of yin/yang duality are everywhere: particles and anti-particles, positive and negative electric charges, inspiration and exhalation, day and night. Nothing is true and real without its opposite. The same goes for music.

The A side of this album isn’t all dark and the B isn’t all bright. Brightness contains darkness and vice versa. Ultimately it’s about juggling energies. Sometimes it feels like my whole life has been spent trying to find a perfect balance between contradictory energies, to discover something new created by that friction.

The music on Voyage Sacrifice is in constant evolution. Like René Daumal’s novel Mount Analog, or Herzog’s movie Aguirre, it’s a quest – a philosophical one, but maybe also an initiation quest.

Isn’t life nothing but an initiation? There’s a tragic element at play, too. Aguirre is relevant but I’d rather evoke Stalker, or ancient Greek plays. Or, better yet, Kafka. There’s a journey, but no one knows what it means – or if it’s supposed to mean anything. That’s the tragedy: not knowing if there’s meaning. I’m simply a transmitter, I communicate a flow, which isn’t charged with the notion of meaning. It’s beyond good and evil, beyond sense and non-sense.

It’s also about the music as an ecosystem, or landscape. A self-sufficient jungle, maybe. What’s the relationship between your music and the natural world?

I have a deep bond with nature. My studio is covered in pictures of plants and animals, which are a constant source of inspiration and joy. But I’m not the type of guy who hikes in the forest all the time. I like being in the city with friends, movie theaters, bars, etc. I’m lucky to live in a small town, with the countryside and seaside close by, which is refreshing. I visit huge cities and it’s astonishing – in some areas you can go all day without seeing a tree. How does that affect us? I feel like a person can’t be genuinely happy without access to nature but I don’t know if that’s objectively true.

I see landscapes but I don’t want to give away more than that. Like a movie or book, this record requires undivided attention – listen and daydream. It’s a mental journey. I handled the sacrifice; the voyage is yours. 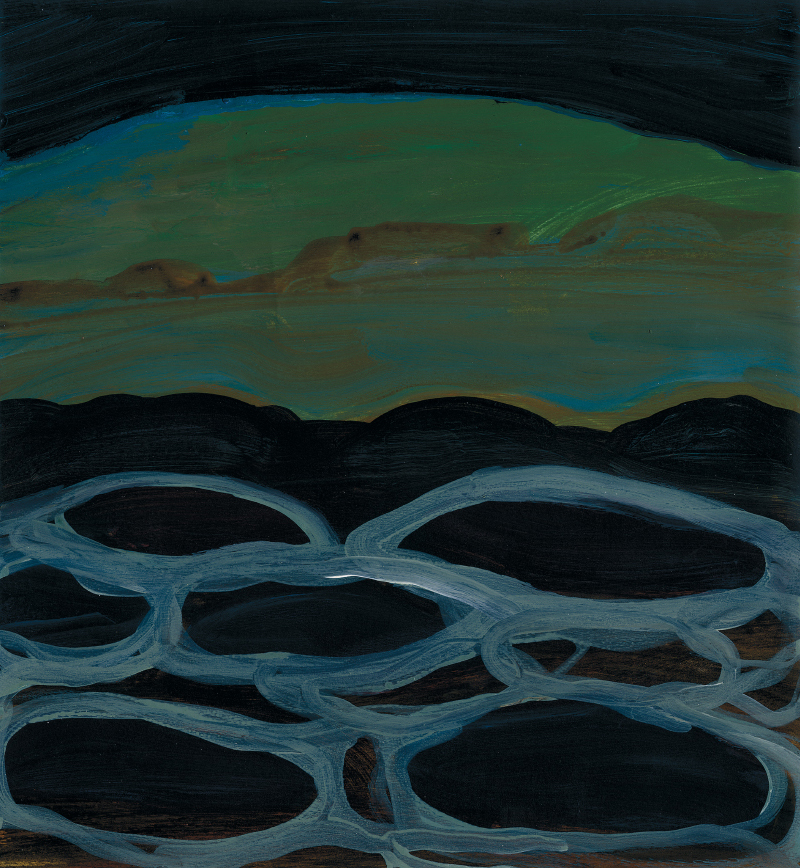