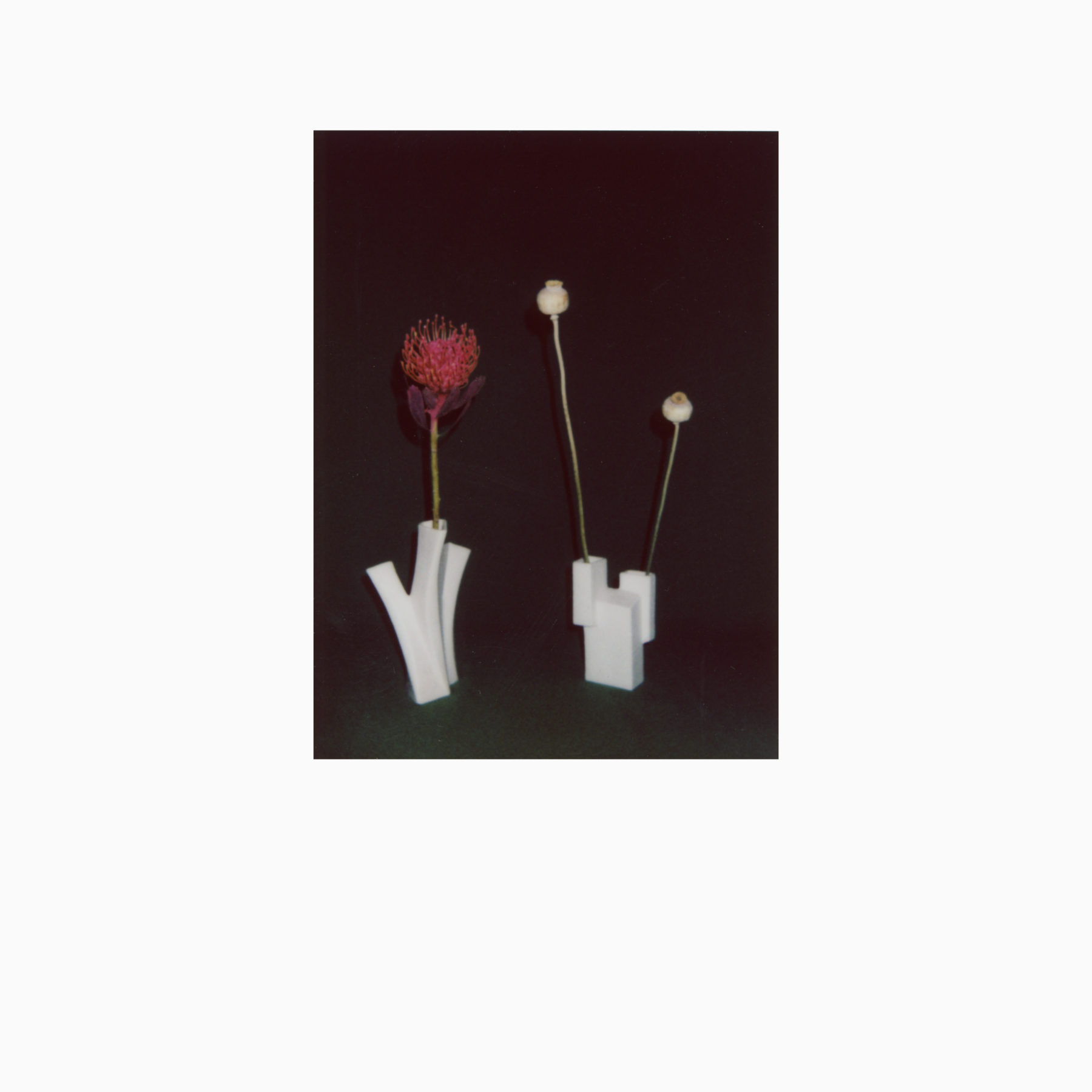 Félicia Atkinson
The Flower and the Vessel

French poet and ASMR auteur Félicia Atkinson has frequently fixated on the elusive interwoven relationship between microcosms and macrocosms – how even the quietest creative act ripples outward in unforeseen ways, a whisper with no fixed meaning. Her latest work pursues this notion in a more literal and lasting fashion, as it was crafted while pregnant on tour, in impersonal hotel rooms in foreign cities. She describes it as “a record not about being pregnant but a record made with pregnancy.” Each day and night, finding herself far from home, she asked herself “What am I doing here? How can I connect myself to the world?” The answer gradually revealed itself: “With small gestures: recording my voice, recording birds, a simple melody.”

In truth there is nothing simple about The Flower & The Vessel. The album’s 11 songs span a vast pantheon of whispering textures, opaque moods, and surreal spoken word, leading the listener through a mirrored hall of beguiling mirages. Atkinson cites a trio of French classical compositions from her childhood as formative influences on this particular collection: Maurice Ravel’s “L’enfant et les sortilèges” (“a scary opera for kids”), Debussy’s “La Mer” (for its union of narration and music) and Erik Satie’s “Gymnopédies” (as an exercise in negative space, irony without cynicism, and “melody with doubt”). There’s certainly a shade of classicism woven within these tracks, however veiled, abstracted, or unorthodox. Melancholic piano motifs repeat then retreat into a radiant frost of shivering frequencies; processed voices recite cut-up poems and interviews over delay-refracted Rhodes and Wurlitzer; iPad gamelan patterns flutter from meditative to melancholic and back again, offset by pointillist patches of delicate software synesthesia.

Although much of Atkinson’s past discography is shaped by speech and the lyricism of language, The Flower & The Vessel ventures farther into silence, absence, and voiceless wilderness. Among her sources of inspiration were “women who wonder, dream, and create vacant spaces in their art,” as well as Ikebana flower arrangements, which reflect her own relationship with listening: “structure combined with everyday noises, selecting them to make a sparse music bouquet.” Field recordings from Tasmania and the Mojave Desert murmur beneath hushed reverberations of gong, vibraphone, marimba, softly processed into an elegant emptiness, alternately eerie and serene.

Her mode of minimalism has long been one of reduction, riddles, and curation, but here Atkinson’s synergy feels close to apotheosis, emotive but ambivalent, a ceremony of expectation and invisible forces. The 19-minute closing collaboration with SUNN O))) guitarist Stephen O’Malley, “Des Pierres,” is one of the album’s few pieces tracked in a proper studio (Music Unit in Montreuil, France) but it broods and burns with the same subliminal majesty as the rest of The Flower & The Vessel: an ember in amber, seeds planted in shifting sands. Atkinson’s voice flickers like a flame, framed by slabs of shadowy feedback. Her process may be personal is but its impact ripples to the edges of existence: “How does the act of creation connect us, not only to history, but to the cosmic? It’s a process of taking, and then giving back. It makes us belong to the world.”

The Flower and The Vessel features original artwork by Julien Carreyn, and is mastered by Rashad Becker at D+M. Available on 2xLP vinyl with printed artwork on inner and outer reverse-board jackets and multipanels digipack. Out July 5th, 2019 on Shelter Press.

All the music, mixing and production are by Félicia Atkinson. Some parts of Moderato Cantabile have been recorded live at Issue Project Room in New York on March 31, 2018. Open/Ouvre and Joan have been recorded at Type Foundry Studio by Adam Selzer in Portland in April 2018. Des Pierres has been recorded at MusicUnit in Montreuil on April 25, 2018 by Martin Antiphon and has been produced by Stephen O’Malley, who also plays the guitar on this song. The mastering is by Rashad Becker. The photographs by Julien Carreyn with assistance of Naomi Tamamura, and the design by Bartolomé Sanson. Some lyrics on this album have been inspired by an interview of Shirley Jaffe by Shirley Kaneda, the poem Turning by David Antin, an interview of St. EOM by Tom Patterson, and the book La lecture des pierres by Roger Caillois.