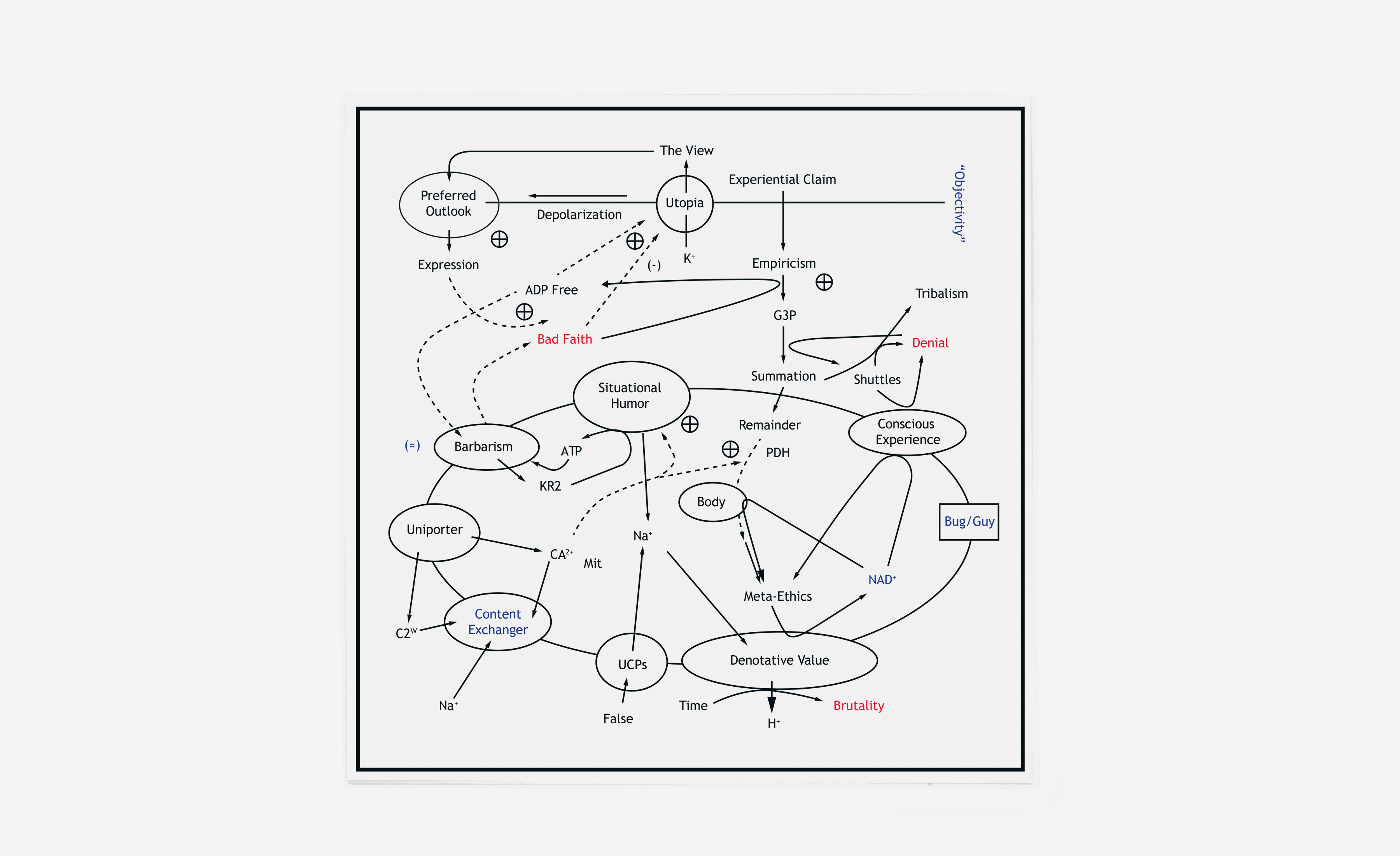 Matt Carlson
‘The View From Nowhere’

A1. Sitting Down To Boolean Tea
A2. In Order To Find the Real Artichoke, We Divested It Of Its Leaves
A3. The Game
A4. A Discrete Infinity
B1. An Enhanced Interrogation Of Authenticity
B2. The Non-Entity
B3. How S Can Be Indirectly Self Defeating
B4. The View From Nowhere
B5. Why I Left The Center

Composed, recorded, edited, and mixed in 2014
by Matt Carlson at Worksound in Portland, OR.
bucketfactory.com

Art/Layout by Matt Carlson and Eric W. Mast.
Released by Shelter Press in 2016

ORDER / available in the store

Distribution in EU via Boomkat and USA via Forced Exposure

The View From Nowhere is a record of experimental electronic music that explores possible relationships between voice and modular synthesis. Composed and recorded by Matt Carlson at Worksound in Portland, OR, the record develops and expands ideas discernible in his early solo works or as one-half of the duo Golden Retriever.

Built with a clear unity of approach centered on the voice and text as elements in synthesis, the record flattens the distance between the vocal and the musical. The voice sounds synthesized, and the synthesized sounds seem to be speaking to you. The View From Nowhere takes Carlson’s interest in the sounds of attempted communication into the realm of the textual.

Although melody and a good dose of Matt’s unusual sense of humor shape the record, another key emphasis in the composition is his specific approach to rhythm and sequencing. Rhythmic patterns are used but the music is somehow never fully on or off the grid. Carlson opts to use Nancarrow-esque overlapping meters and tempos to keep the music out of any kind of predictable patterns of electronic music.

The View From Nowhere is thematically centered around ideas of confusion, panic, misunderstanding, and “bad faith” communication. It’s interested in the process of how something moves from being an “abstract” sound into becoming a signifier of specific meaning, and the interstitial space in between.

The felt attempt to communicate meaning lay behind the artwork as well, standing as a visual representation of the way the music approaches language. The text-based imagery strives to exist between sense and nonsense, the meaningful and the meaningless. Individual syntactical units “point” to one another but don’t necessarily cohere into comprehensible statements. Relationality is implied and seems to emerge merely by placing signifiers against one another.

Taking influence from text-sound composers such as Charles Amirkhanian, the early voice-synthesis work of Charles Dodge, and Robert Ashley’s more speech-heavy work, The View From Nowhere might be Matt Carlson’s most challenging and refined record to date. It’s like being near a million tiny entities all trying to communicate with you simultaneously, or being in a crowded place hearing the rhythms and cadences of communication but not quite being able to parse it.