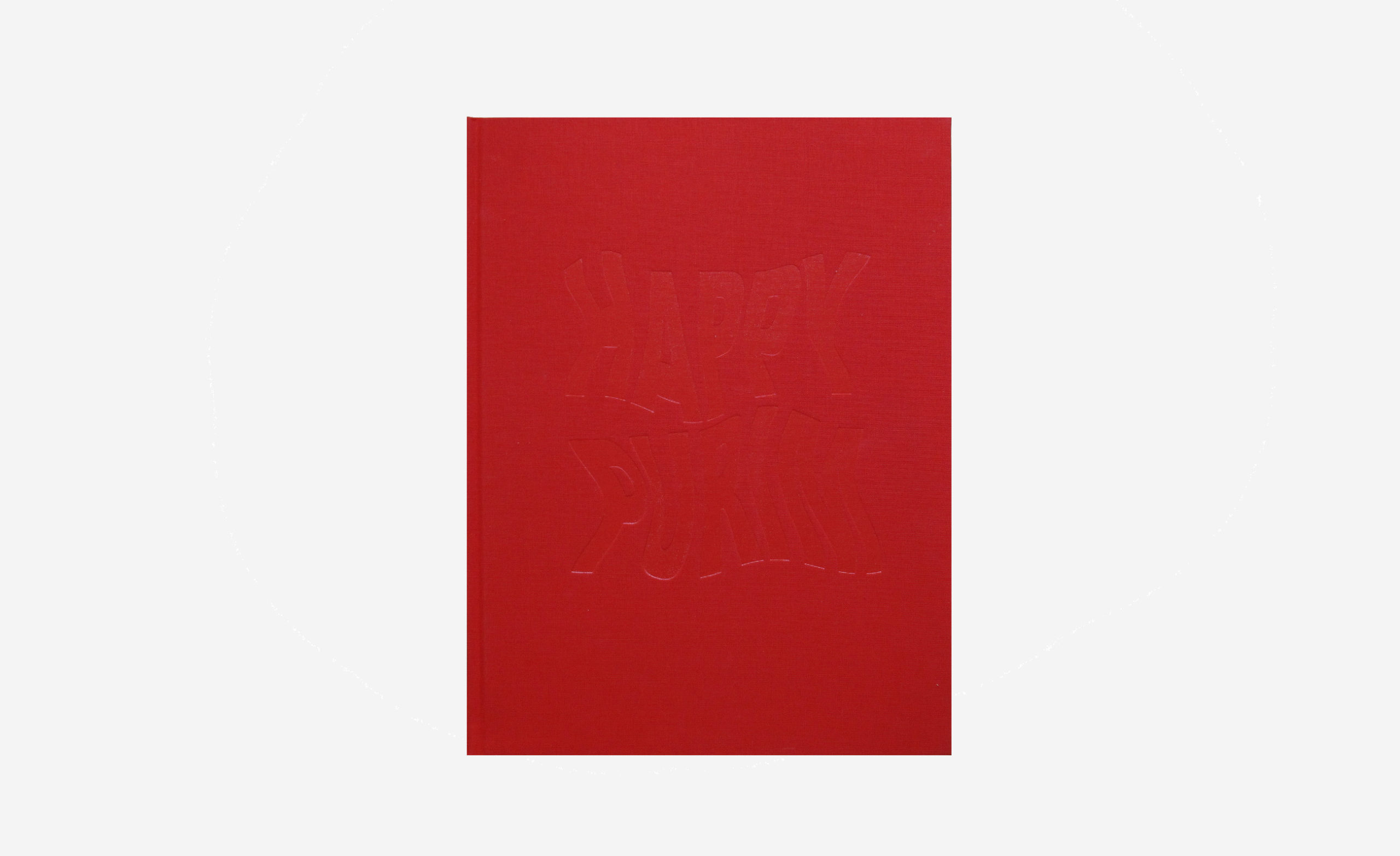 — Direct order from our STORE

September 2015 marks the release of Happy Purim, a new monograph dedicated to the work of paris-based photographer Estelle Hanania. Happy Purim gathers 42 images documenting 3 years of photographs taken between 2011 and 2014 during the Purim holiday in the neighbourhood of Stamford Hill, London.
Kids wearing home made costums incarnating a wide range of human vernacular history and reality (from the pizza to the clown). Standing in the street they are revealing some cultural fantasies as well as the familiar invisible backgrounds of their neighborhood: a simple tree, a part of a brick wall, a locked door or a pavement.

While the content of this book could appear a bit softer compare to her previous series, costums, masks, parade and most of Hanania’s recurring subject are fully vivid here.

To quote french rabbi Delphine Horvilleur, who signs a text at the end of the book : « Purim has the reputation of being a holiday for children. It is children, besides, that constitute the very matter of these photos even if the truth, in my opinion, is that Purim is an adult holiday. Children, in a way, act like a veil, like the “masks” – in all senses of the word – disguising the holiday, making it up in order to hide the complex questions it raises. The fundamental issue of Purim is the question of appearance and of internal reality. On this day, we read a text called the Megillah of Esther, whose content should practically be censured for underage persons. »