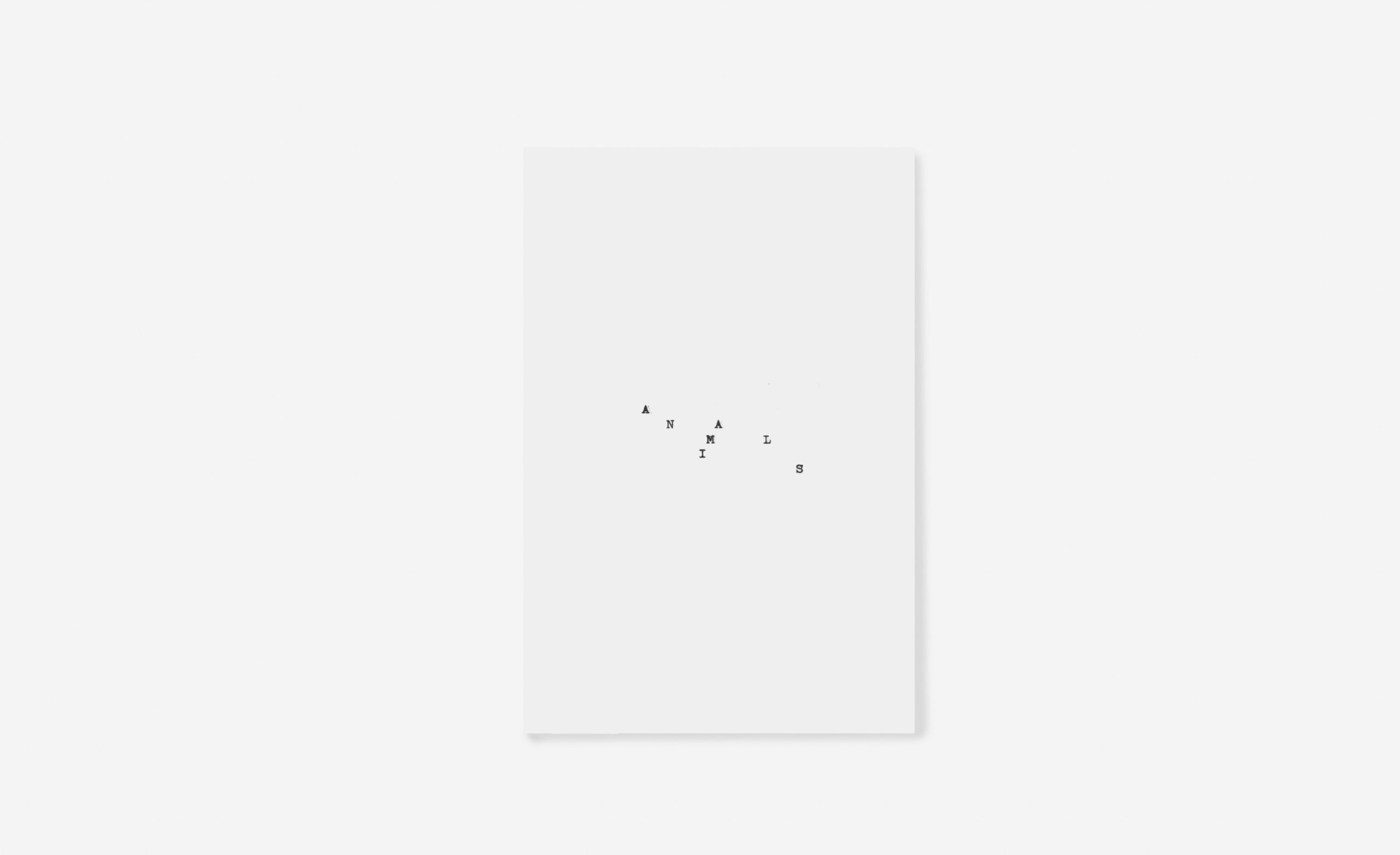 — SOLD OUT AT SOURCE

Animals is the third novel by Felicia Atkinson, following Twenties Are Gone (2012) and Improvising Sculpture As Delayed Fictions (2014).

Animals questions through a poetic approach the modernist apprehension of time and locomotion, in the realm of today.
Somehow, Felicia Atkinson is asking herself what is the feeling of passing the beginning of a century on the passenger’s seat whereas it is experienced through reading, writing, while she is traveling by train or by car, scrolling informations on a computer, and its consequences on one own’s perception of a particular landscape. Or, even how to behave in a mundane context.
Can a lake shape a relationship? Can a train be an office? How to deal with neighbors? When to act? When to stop? Can the words mean the same thing all the time? What is duration? How to feel specificity inside a crowd?
Through simple words in English (Atkinson is a French native speaker) in the rhythm of an echoing monologue punctuated by black and white paper cut-outs , the author finds her way through the book with an ambiguous mixture of “nonchalance” and attention.
Animals is a train ride, an experience of time brushed by the fugitive landscapes and the indistinct noises all around.

She is a visual artist, an experimental musician and the co-publisher of the independent imprint Shelter Press/curatorial platform Argument with Bartolomé Sanson.

Her paintings, drawings, sculpture, texts, installations, performances, and musical compositions are mostly abstract and are fed by multiples expeditions to  many places such as Rio de Janeiro, Britany and most often the American West, where she collect sounds, objects, materials and other diverse materials to her visual and sound works.